As long ago as the 1880’, beautiful women were a marketing tool.  Jules Cheret created a poster, “Bonnard-Bidault”, for a company whose business is putting up posters. The décolletage of the woman in the poster may not have much to do with poster hanging, but it certainly catches your eye. 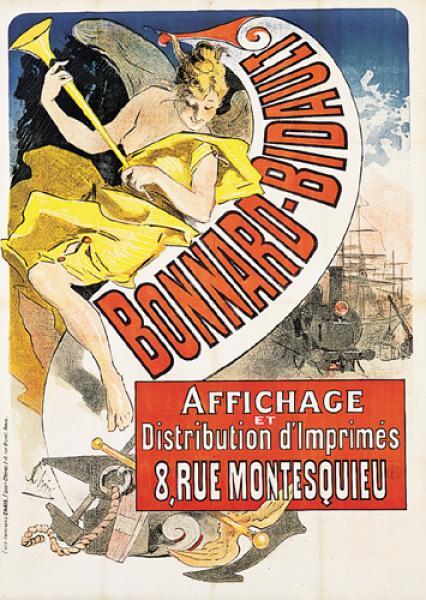 At the turn of the century, 1900, bicycle manufactures were keen on marketing to women.  Bikes were seen as liberating to the adventurous female. “Cycles Aiglon” (Eagle Cycles) certainly gives the impression that women will “fly” on their bike. 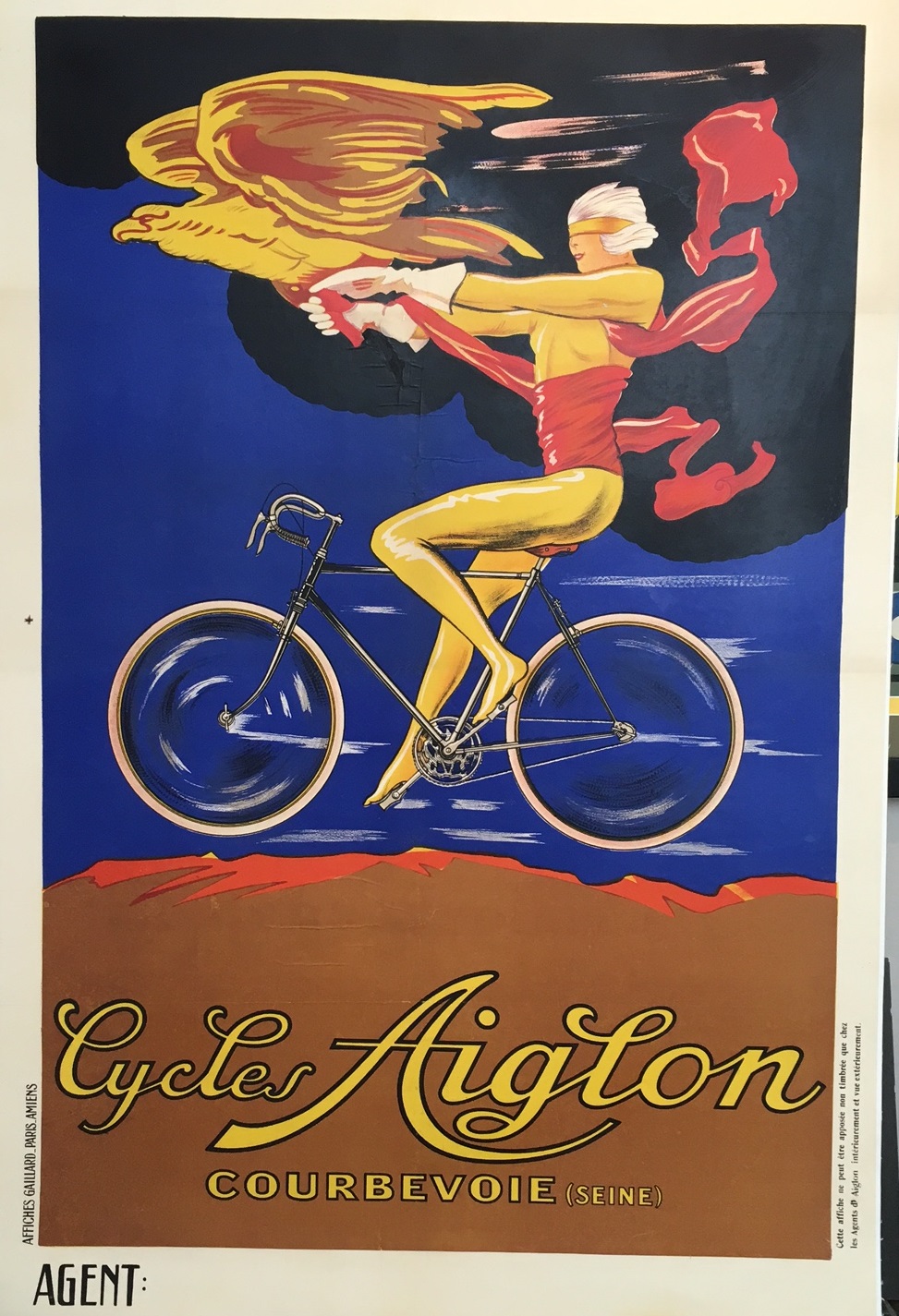 During WWI, Howard Chandler Christy created the “Christy Girl”. This was a romanticized depiction of women that he used on posters, magazine covers and advertisements. . “ Americas All” was a touching poster that highlights a Honor Roll of Americans of different nationalities that died in the war. 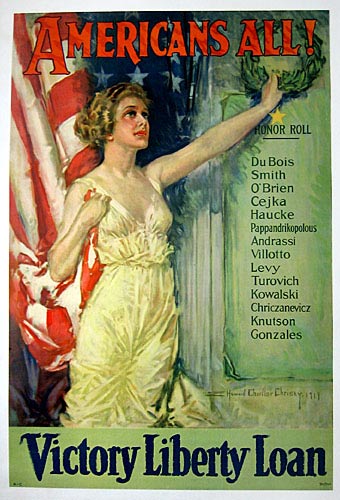 Ski posters show the glamour of the slopes. What ccould be more glamourous than Mother and daughter team decked out in the style of the day. The poster Grindelwald is a fine example of the use photo montage is this 1943 poster by Adolphe Fluckiger. 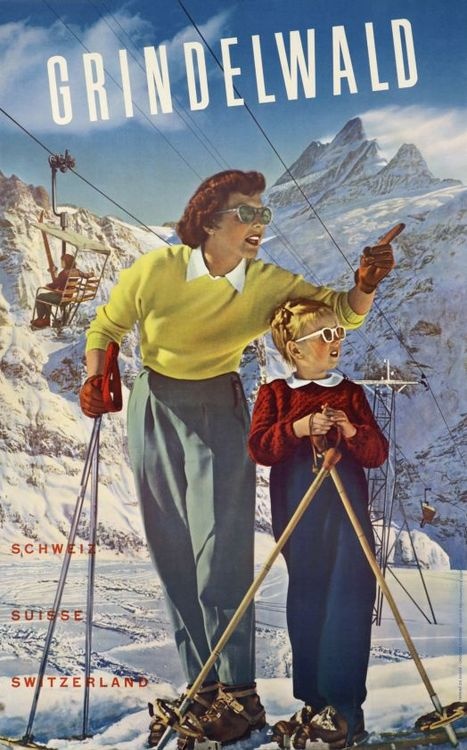 In the 1950’s typewriters were vital to every aspect of society. It was women who dominated the secretarial pools of the day, so who best to have on a poster for Olympia typewriters than a stylish young woman? 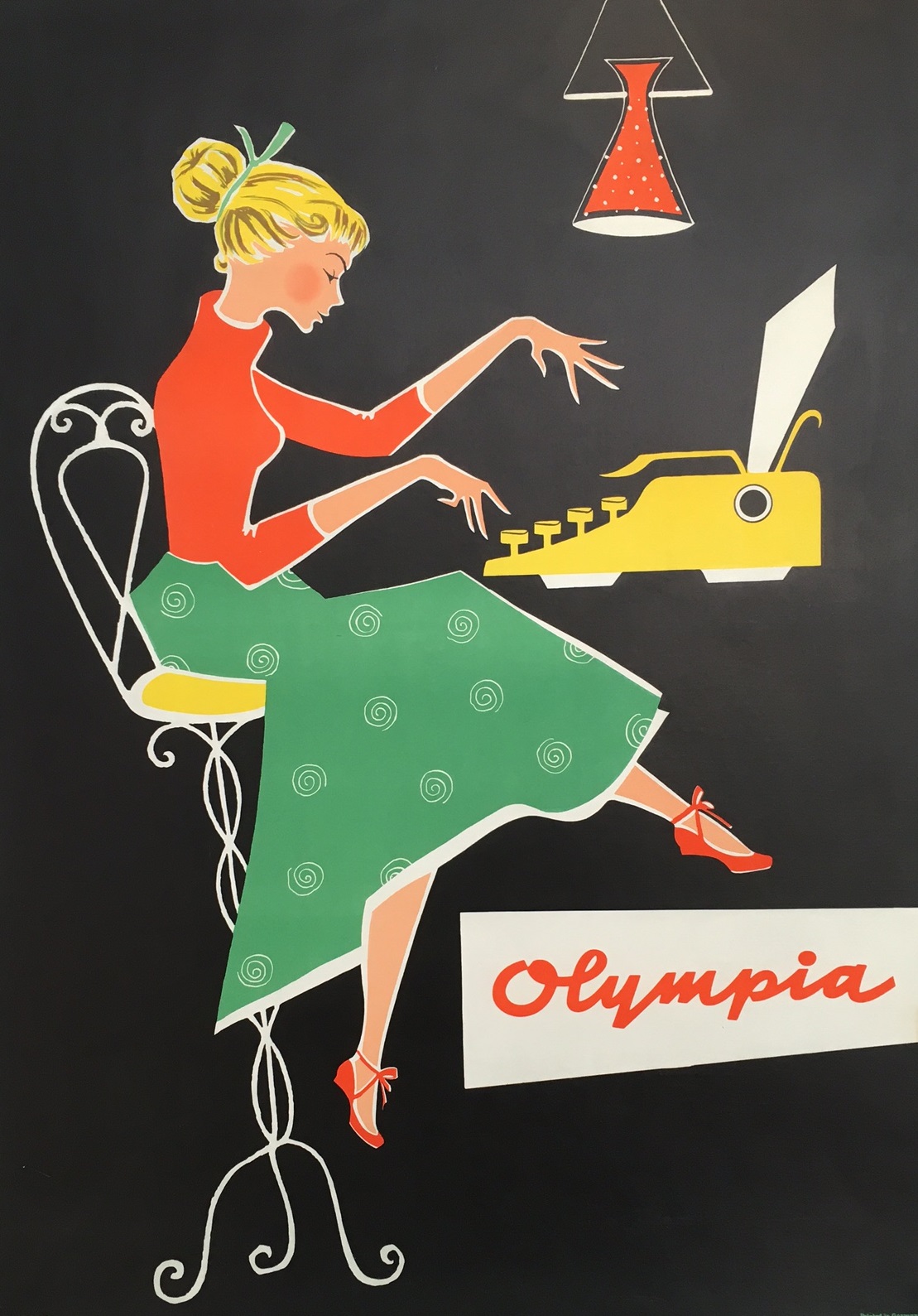 Women love shoes, so who best to have on a poster for the Swiss shoe company Bally? This flippant depiction of a young lady kicking the world catches your eye and tells you about the type of woman who wears Bally Shoes in 1989. 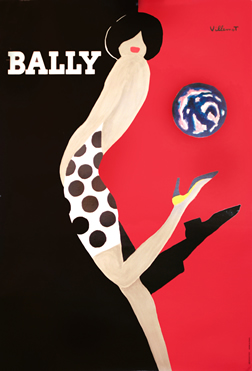